Home›Casino›The Most Fun Slot Machines across the Globe!
Casino

The Most Fun Slot Machines across the Globe! 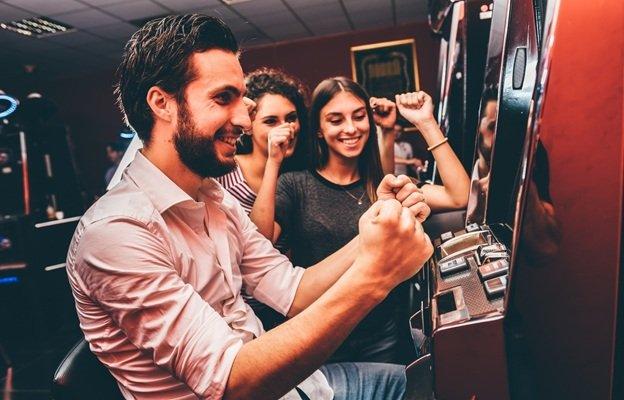 Although you definitely want your slots to come with a huge bonus, you also want them to be fun! Playing the same mind numbing games can start to wear thin after a while, so it’s a good job you’ve got a whole host of entertaining, hilarious and downright cool games to choose from. We’ve pulled together a list of some of the best from around the world, ranging from movies, to video games and beyond. Let us know what your favourites are, and if you’ve won big on any of them!

While the Nolan trilogy was well underway, game developer International Game Technology began work on their own licensed game to expand the series. The game featured unique, HD graphics, along with completely licensed footage and audio from the films, as well as music and characters such as Batman himself, his nemesis the joker and fan favourite Catwoman. Perfect for the comic book fan looking to win big!

The greatest band to rock full face make up and seven inch platforms, the hottest band in the world are officially the most licensed band in history, with over three THOUSAND separate products to their name. From condoms to restaurants, one of those products is the KISS slot machine, which can be found in overten different locations across Las Vegas. It’s thought that the brand and all its products are worth over a billion dollars!

In keeping with the music theme, American legends Aerosmith announced their business partnership with developer Zynga, bringing their online slots game to the worldtitled Hit It Rich! The game adds a social element and challenges its players to beat their friend’s scores all whilst sharing them with other fans of the band.

One of, the most successful trilogies in Hollywood history, combined with the three Hobbit films that came later, Peter Jackson’s Middle Earth franchise made a whopping $2 billion dollars in profit. In 2010, it also spawned its own slot machinein a partnership with the company WMS Gaming. The game begins as a journey to Mordor, much like the story itself, where gamers can play through 8 bonus rounds to help them win big. As well as following the movie story line, the game moves along including huge plot events from the original books.

Ridley Scott isn’t exactly known for his small scale movies, and of course, Gladiator was no different. Surpassing an eye watering $450 million worldwide, all whilst earning itself 5 Oscars at the 73rd Academy Awards, Scott’s Epic Historical Drama was a massive hit, laying the way for many other films in the same genre of high budget, historical epics. Earning its own classily designed slot game, the Gladiator slots utilizes an interactive playstyle, which means that by picking different tiles, players get to unlock new elementssuch as free spins andpoint multipliers and bonuses!

Know of any games cooler than these? Let us know, and tell us if you win big!

How to play beetle mania slots