The Origins of Online Casino Games 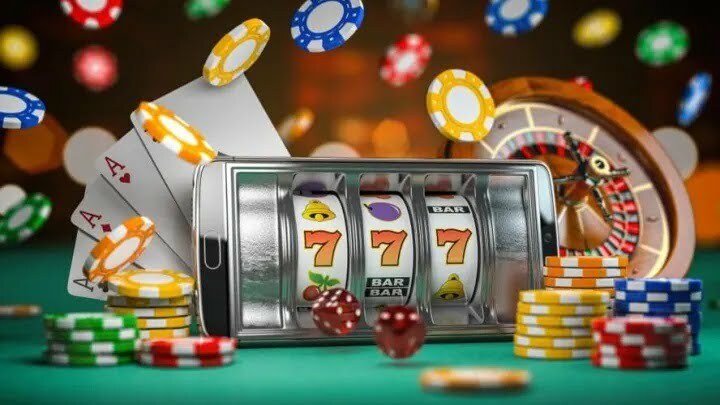 Many of the games played in online casinos started life in regular casinos. From the roulette wheel to card games such as baccarat, blackjack, and poker. Companies such as Online Casino Thailand have created for their customers realistic online experiences that resemble a regular casino in every way. Their images look, sound, and make you feel, that you are inside a regular casino. The games are played in just the same way. The thrills of betting on the spin of a wheel, or on the turn of a card, have not changed. The only difference is that you can play casino in the comfort of your own living room and relax, rather than having to dress up formally to be admitted into the casino.

Referencing the games here, we shall explore just how each of them came about, which should add extra interest when you play them.

The earliest form of Roulette,as we know it today,was invented in the 18th century in France. Many historians, however, believe that it was Blaise Pascal who introduced it in its most primitive form in the 17th century, when he was searching for a perpetual motion machine. Roulette’s mechanism is a hybrid of a gaming wheel invented in 1720 and an Italian game known as Biribi.

Roulette continues to fascinate us as we wait for the ball to decide what number to land on. It is a game that is replicated to great effect by online casinos, as the realistic sound of the wheel spinning can be heard, and then there is the moment of suspense, and then the moment we know whether we have won or lost our bet. It is an experience that is hard to compare.

Although Baccarat’s origins are debated, most have decided that Baccarat was created in the 1400s in Italy. A man named Felix Falguiere or Falguierein was to call it “baccara”, which is the Italian word for “zero”. He did this because all the tens and the face cards are worth zero.

Baccarat’s claim to fame is that Ian Fleming, author of the James Bond novels, was inspired enough by the game to include it in his novel Casino Royale, which was the first of his James Bond novels. The game would make an appearance in the James Bond movies Dr No, Thunderball, Casio Royale (1967), and For Your Eyes Only. The game featured most heavily on Casino Royale, where the movie’s climax hung on a game of Baccarat being played between an ally and a villain of Bond.

In terms of online casino, with this pedigree, it never fails to attract players, who can follow in the footsteps of agent 007 and try and turn their stake into a profitable evening’s entertainment. Whether they are sitting in their home office playing, or downstairs in the living room and playing casino on a larger screen.

Blackjack’s origins are also under debate, but researchers tend to agree that the game originated in 1700 in the casinos in France. It this case, the cards were known as “Vingt-et-UN”, translating to “Twenty-one”, which is the maximum a player’s cards can total before they bust and lose to the dealer. Blackjack is thought to derive from the card game Chemin de Fer, which was popular at that time. As with many of these casino games, they derived from another game.

The game of Blackjack is extremely popular in online casinos because of its straight-forward rules of trying to obtain cards that total as near to, or exactly 21, without being over. Should a player see cards on their screen that total exactly twenty-one, perhaps an Ace worth eleven and a King worth Ten, then as long as the dealer does not have it as well, they automatically win the hand and claim their prize money. That is, it will appear in their online betting account to allow for another bet or be transferred back to the player’s bank account, if they desire to have it to spend the next day.

Poker has many variants, but its origins can, according to historians, be traced to a domino-card game that was played by a 10th-century Chinese emperor, no less. However, others, will claim that poker descends from a Persian card game known as “As Nas”, dating to the 16th century. The closest European predecessor of Poker was called Poque and had caught on in France in the 17th century.

So, the origins of the games that are now played in online casinos are open for much debate, except the fact that they all originate from regular casinos. Every detail has been replicated for a player’s enjoyment. It is fascinating to know the history of these games, as they can form an after-dinner conversation in which you may also discuss with others just how easy it is to play these casino games online now.

THE NEW BUZZ AROUND ONLINE CASINOS